After white police officers were convicted, the US Department of justice launched a comprehensive investigation into the Minneapolis police department 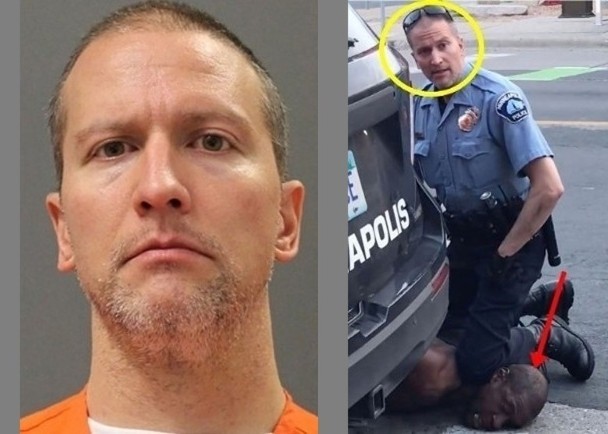 Derek Chauvin and the scene that he knelt down Floyd’s neck and killed him.

US. attorney general Merrick garland announced on Wednesday (April 21st) that after Derek Chauvin, a former Minneapolis police officer, was convicted of Floyd’s death, the Justice Department has launched a comprehensive investigation into the police practice of the Department. Floyd’s murder in 2020 shocked the United States and triggered widespread protests against police brutality.

According to CBS News, Garland said in a brief speech to the justice department that a comprehensive investigation will determine whether the Minneapolis police department has “patterns or practices” that are unconstitutional or illegal. The new civil investigation is separate from the ongoing Federal Department of Justice investigation into Floyd’s death. Garland praised the verdict of a jury in Hennepin County, Minnesota, on Tuesday, but said it “does not address the potential systemic policing problem in Minneapolis.”. According to the report, Garland’s announced Department of Justice investigation will investigate whether the Minneapolis police department is engaged in discriminatory acts, including the use of excessive force during the protest. Garland said the Department would conduct a “comprehensive review” of police policy, training, supervision and the use of force.

The demonstration of Floyd’s death.

In May last year, Chauvin knelt down on Floyd’s neck and killed him in the process of law enforcement, which triggered a worldwide protest against the violent law enforcement by American police and racism in the United States. Before Chauvin‘s conviction, the shooting of another black youth by Minneapolis police on the 11th put the city on the verge of another riot, which once again ignited the call for the US Congress to pass comprehensive police reform.