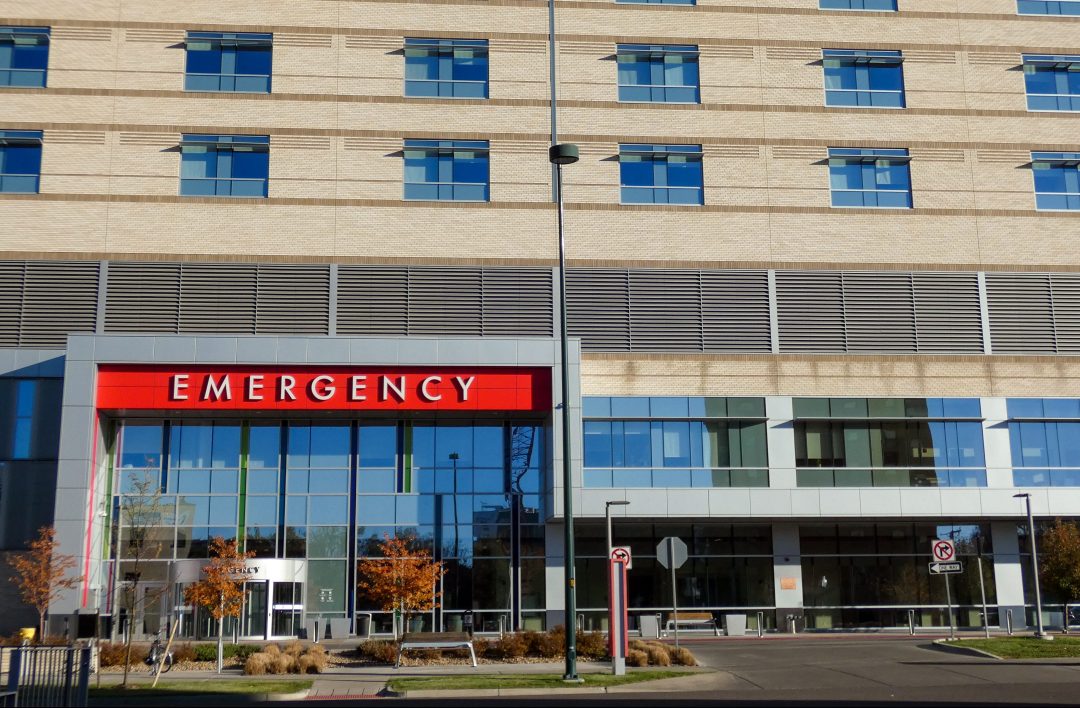 Democrats in the Colorado legislature on Thursday introduced a bill designed to drive down health care costs and, if consumers’ expenses aren’t reduced, potentially create a state-offered health insurance option.

The measure is the result of years of efforts by progressive lawmakers and is a top priority for Gov. Jared Polis. But it faces stiff opposition from private insurers and hospitals who say the initiative would reduce care choices for Coloradans and put too high a financial burden on providers.

The Colorado Sun combed through the bill and talked to its sponsors to learn what the legislation would do and how it would work:

The health care industry will be asked to reduce costs

The proposal has two phases. In Phase 1, the state commissioner of insurance will create a standard design for a health insurance plan. That means the commissioner will determine features such as what services the plan will cover and how high the deductibles will be.

Insurance companies will be encouraged to offer the standardized plan in every ZIP code where they offer plans in the individual and small-group markets. Those are the markets where people who buy insurance on their own without help from an employer and where small employers get their health care coverage, making up about 15% of all people covered in the state.

In the 2023 plan year, insurance companies will be told to set a goal of offering the standardized plan at a price at least 10% less than the premium rate they offered on the individual market in 2021. By the 2024 plan year, that reduction must jump to 20% less than 2021 prices for at least one plan in each county — though there are some exemptions for innovative health care purchasing alliances that have already achieved these savings.

For plan years after that, insurance carriers must not increase rates by more than inflation plus 1%. (Since not all insurance coverage begins at the start of the calendar year, it is referred to as a plan year.)

Hospitals, insurance companies and pharmaceutical interests “get to determine amongst themselves, without mandates from the state, how to achieve those goals,” according to state Rep. Dylan Roberts, an Avon Democrat and one of the prime sponsors of the bill.

If the health care industry can’t meet the 20% reduction goal, then the bill would move into Phase 2.

The two-phase approach is different from last year and is designed to give the health care industry a chance to reduce patient costs on their own. In 2020, the industry said it should be given a chance to try to accomplish proponent’s cost-reduction goals and that they felt they could be successful.

“We’re going to take them at their word,” said state Sen. Kerry Donovan, a Vail Democrat and another prime sponsor of the bill.

If costs don’t come down

The option would be at least 20% cheaper in each county than the average premium rates offered by private insurers.

Last year’s version of the proposal called for the plan to be dictated by the state but offered through private insurance carriers. Having the public option actually be public is a significant change.

“This is a brand new idea,” Donovan said.

The nine members of the board overseeing the nonprofit would be nominated by the governor and confirmed by the Colorado Senate.

“To the extent possible,” the bill says, “the governor shall appoint board members who reflect the diversity of the state with regard to race, ethnicity,immigration status, income, wealth, ability and geography. In considering geographic diversity, the governor shall attempt to appoint members from both rural and urban areas of the state.”

Make more health reporting like this possible by becoming a Colorado Sun member. It takes just $5 a month.

The state commissioner of insurance will help the Colorado Option achieve its cost savings by setting prices for what the nonprofit will pay for medical services. The bill requires the commissioner to create what is known as a fee schedule — basically a price list. The schedule would cover prices paid to doctors, hospitals and pharmacies.

The bill instructs the commissioner to take into account the “circumstances” of rural and critical-access hospitals, which are often financially constrained, when setting prices paid to them. It also allows the commissioner to exempt health care providers from the fee schedule if the prices on it are so low that it would cause the providers to turn away patients covered by other lower-paying programs like Medicare or Medicaid.

Private insurance companies — like Cigna or Kaiser Permanente — would be able to see the fee schedule and to use it in their own negotiations with hospitals and other medical providers.

How backers will get doctors to comply

Already some physicians turn down Medicaid patients because of the lower reimbursement rates the program pays. Sponsors say the public option will only work if doctors and health care systems agree to accept the plan.

So the bill states that each health care provider in the state “shall accept consumers who are enrolled in any Colorado Option plan” and “shall accept the fee specified in the fee schedule established by the commissioner.” There is no other insurance plan in the state that all medical providers are required to accept, other than in an emergency.

To force doctors and other medical providers to take on public option patients, the bill contains numerous amendments to licensing statutes that would make refusal to accept the Colorado Option a violation of professional conduct and grounds for disciplinary action. The list of providers includes doctors, chiropractors, midwives, massage therapists, mental health professionals, nurses, optometrists, physical and occupational therapists and podiatrists.

Donovan says the punitive proposal is similar to what was in the 2020 legislation. Last year’s version, however, only called for fines against hospitals that did not participate and did not create requirements for other licensed health care providers. “We asked for (an alternative),” she said, but groups didn’t provide one.

This all relies on federal approval

The public option bill relies on federal approval — and federal dollars — to work.

The measure calls for the state to ask the Biden administration for what’s known as a 1332 waiver to launch the initiative. The implementation of the Colorado Option is contingent upon approval of the waiver because money from the waiver is needed to help seed the nonprofit. After that, the nonprofit would be funded through a combination of federal dollars and the premiums that people pay for insurance through the Colorado Option.

Sponsors say the program will not raise taxes and will not impact the state’s general fund.

“We’re trying to apply for the waiver to make sure that we can use federal resources to establish the Colorado Option,” Donovan said.

Securing the waiver would have been unlikely under the Trump administration.

“If we don’t get that waiver — and I’m very confident that we will — then Phase 2 wouldn’t move forward because we have a commitment that we’re not going to put this obligation on the state general fund and certainly not raise taxes,” Roberts said.

The Colorado Option will be repealed if a federal public option is created that meets the savings goals laid out in the bill.

“For over a decade now we’ve been talking about the high cost of health care on the individual market and seeing that impact on the small group as well,” Donovan said. “We’ve proposed numerous ideas. We’ve run reinsurance. But we are still seeing really high cost insurance for folks.”

What opponents are saying

People and groups opposed to the public option proposal point out that the initiative is unproven and claim that it would threaten Coloradans’ choices when it comes to accessing care by putting providers out of business.

“Colorado’s state government option would significantly expand the role of government in health care, putting politicians in control of what health benefits and services are covered,” says Colorado’s Health Care Future, a nonprofit backed by insurance companies and hospitals.

The health care industry also says its bottom line was hurt by the coronavirus pandemic, and that forcing them to cut costs further could jeopardize providers’ ability to operate.

The industry appreciates that lawmakers are seeking to allow them to cut down on patient costs at first without as much government interference, but opponents aren’t sure they will have enough time to accomplish the goals set forth in the measure.

“While we appreciate that this version of the public option includes a market-driven approach in Phase 1, it must be crafted in a way that gives the market a fair shot to meet the goals that are set,” Katherine Mulready, senior vice president and chief strategy officer at the Colorado Hospital Association, said in a written statement. “As currently drafted, we believe this will set us up for failure in phase one. To be successful, the targets must be reasonable and evidence-based, the rules determining success or failure should be clear and simple, and accountability should be fair. This draft does not meet those goals.”

Insurance companies are also opposed to the bill. They note that insurance rates for people in the individual market have already fallen in recent years, in large part due to the state’s new reinsurance program, which lawmakers extended last year. They also say that the pressure to reduce costs comes at a time when Democrats at the state Capitol are also pushing measures to increase what must be covered by insurance.

“Instead of continuing to partner with health plans to build upon this unprecedented progress, this proposal ignores these recent successes achieved by the market in favor of arbitrary, moving targets that will ensure industry failure,” Amanda Massey, the executive director of the Colorado Association of Health Plans, an insurance trade group, said in a statement. “Make no mistake, the path to the government-run single payer health care system rejected by 80% of Colorado voters just a few years ago is paved with the public option program that this bill proposes.”

What are the bill’s chances?

This is one of the most divisive and complicated policy proposals the legislature will debate in 2021.

Deep-pocketed interests, including the hospital and insurance industries, are fighting the bill. A nonprofit group representing them has already purchased more than $1 million in television ad time in opposition to the measure. Republicans will likely uniformly reject the bill.

But Polis and leading Democratic lawmakers are pushing hard for the policy, and unless there’s a statehouse mutiny within the party’s ranks, the legislation will pass since Democrats control both the House and the Senate. And for all the money being spent to build public opposition to the bill, there’s money from patient advocacy groups aiming to build support for the plan.

“I’m confident we’re going to get it done this year,” Roberts said.

5 things to do before private health insurance fees hike